While continuing further northwest, we discovered another female polar bear which was walking over some small islands in Fuglefjord. This is good polar bear country at the time being, always something going on. 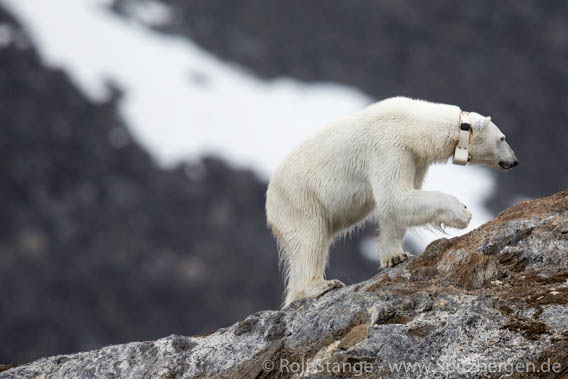 Looking for remains of 17th century whaling stations that are less well known and not as frequently visited as Smeerenburg, I quickly checked two small, but promising islands. However, they turned out to be less productive, from a whaling history point of view, than I had been hoping for. So we realized plan A, which meant Indre Norskøya. Still quite unknown, which is good. This trip is „advanced Spitsbergen“, so we have to find some places which not everybody has already been to. 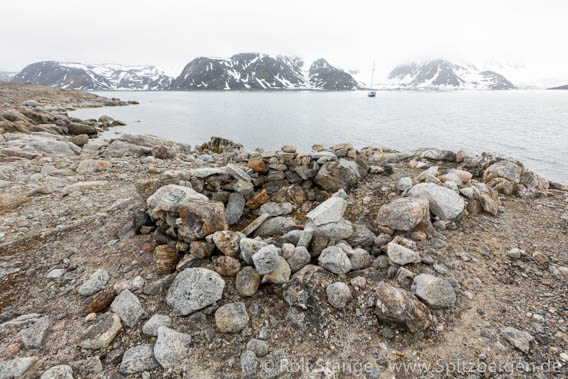 Which does not mean that visiting well-known places is not an option. Of course, we have got some Christiane Ritter fans on board, so we made a little detour to Gråhuken. The opportunity is good, given the very calm sea that we have got here today, and a late afternoon walk is a very welcome opportunity to break up the long trip to the east. Especially as we continued the walk to the northernmost tip of Andrée Land, Gråhukpynten, where the coastal flat is ending in lagoons and nicely structured rocky outcrops. And as we reached the shore, skipper Pål had already caught several fresh, nice arctic char J (similar to salmon).