Public attention in Longyearbyen in September 2017 was for some time largely attracted by several polar bears who seemed happy to stay around in the neighbourhood. Of course, also the locals love to see a polar bear, but not where they live, go for a walk and let their children go to school.

An Italian tourist managed to get lost big time on Fuglefjella, west of Longyearbyen. That kept the local branch of the Red Cross and other SAR forces pretty busy for a very long night, so it was hard to say if one should laugh or cry in the end. The man was found and saved in good condition, and that’s the most important thing in the end, doesn’t it? 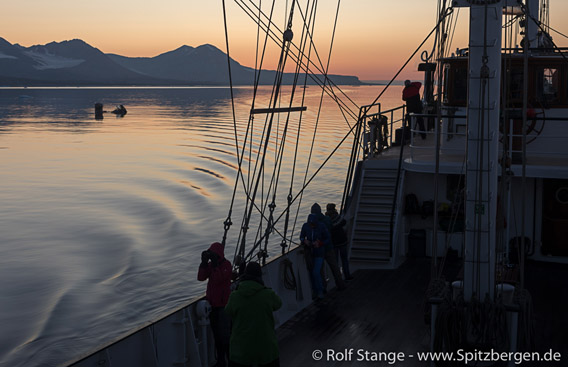 We spent a couple of really lovely days in Pyramiden. You will probably know that this is indeed a very special place, and if you are open for the partly pretty bizarre impressions that the place has to offer, then you can just keep discovering forever! That’s just what we did – not forever, but for a couple of days that I really don’t want to miss. I guess my personal highlight was the hike over Yggdrasilkampen, the mountain south of Pyramiden. Just stunning views! Click here to check it out as a full 360 degree panorama. It would have been even more fun without a cold, but still … and of course, there is always something new to discover in Pyramiden itself. And a group of nice people. What else could you ask for? In the end, nobody really wanted to leave. 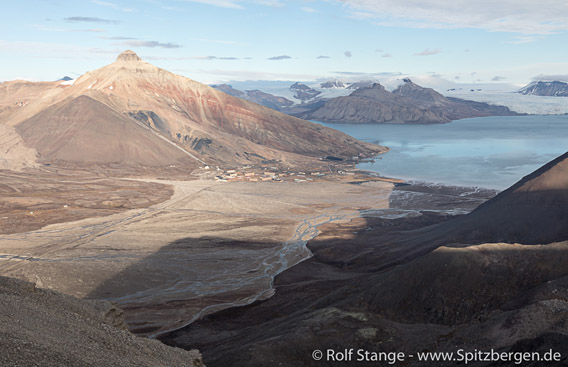 What else did September bring? Light, light and light. That’s what this transition time between midnight sun and polar night is famous for. Never-ending sunrises and sunsets, skies that can be anything from orange and pink to red and blue, a dark-green shine on the glaciers … we got all of that, and much more. The only light phenomenon that was a bit scarce was the northern light. Not that there were none at all, but we had better northern light seasons in the past. 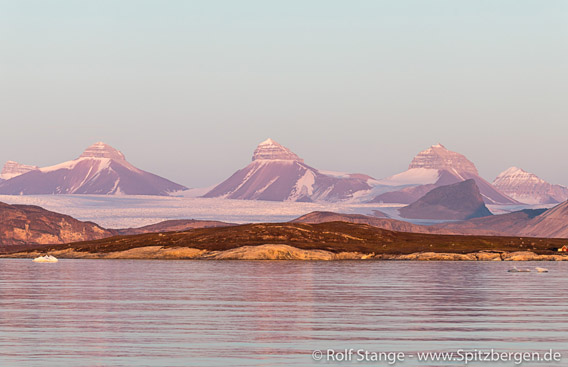 But what else do you need of you are surrounded by such scenic magic? 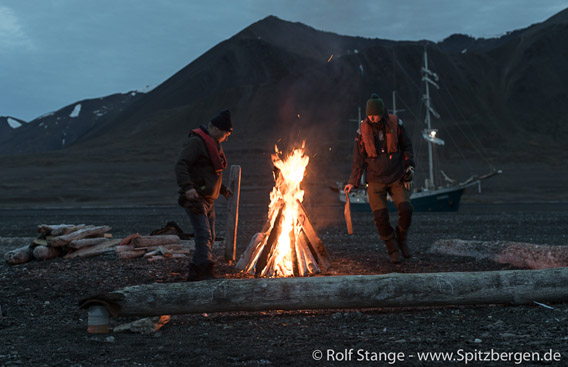 Cosy fire on the beach in Woodfjord.