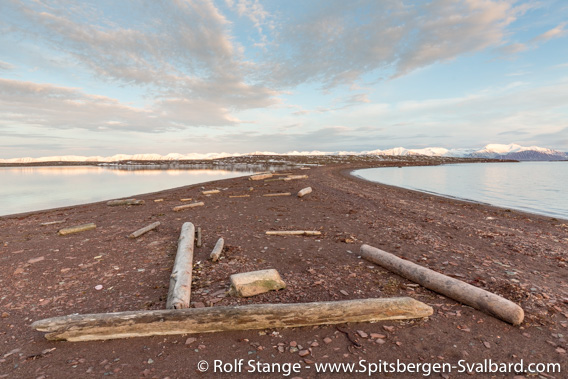 New bird sanctuary Liefdefjord: Andøyane (seen here), Stasjonsøyane, Måkeøyane and Lernerøyane are included. Common eiders and other birds may have a hidden nest behind every driftwood log, so it has never been a good idea to walk around here during the breeding season. Now these islands are seasonally protected by law.

There are a couple of changes relevant mainly for ship-based tourism in these areas. Expedition leaders, tour leaders and guides as well as individual tourists such as crews of private yachts need to be aware of these new regulations.

The most important ones are: 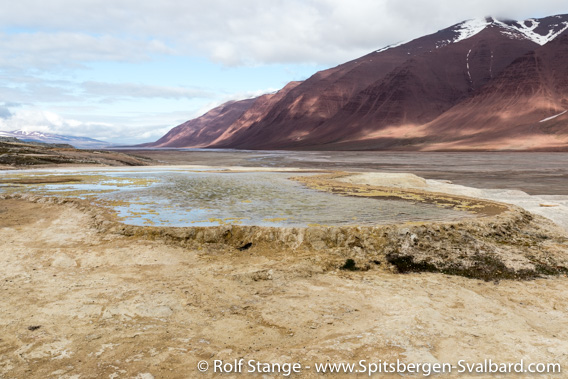 Trollkjeldene (Troll springs) in Bockfjord: from now on you have to keep some distance.
Jotunkjeldene, the springs which are close to the shore and more regularly visited, are not affected by new regulations.

All other existing regulations remain in force, including the possibility for trawling in depth greater than 100 metres.

Further current changes include mainly the exact wording of the regulations without implying much of a change in practice. For example, the bird sanctuaries or bird reserves are now „nature reserves for birds“ to make it clear that they have generally the same status as nature reserves, which are Norway’s most strictly protected areas.

The future will see further changes especially in central Spitsbergen: a new adminstration plan will look at important areas including Isfjord, Adventdalen which is next to Longyearbyen and Van Mijenfjord. Changes may include a ban on heavy oil in Isfjord and a maximum size (passenger number) of ships allowed to visit these waters. But these and other possible changes are part of another process that is currently in an early stage.