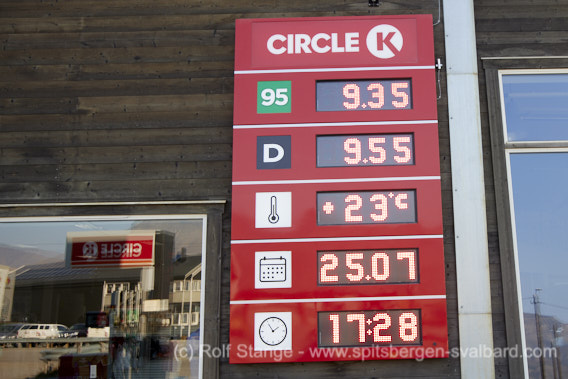 The temperature display at the petrol station showed 23 degrees (centigrade) on Saturday afternoon. The official measurement was 21.7°C.

Summer heat beyond 21°C – that is very unusual for Longyearbyen. The highest temperature ever so far had been 21.3 degrees centigrade, measured on 16 July 1979. This record was broken on Saturday late afternoon, when the official temperature record went up to 21.7°C. 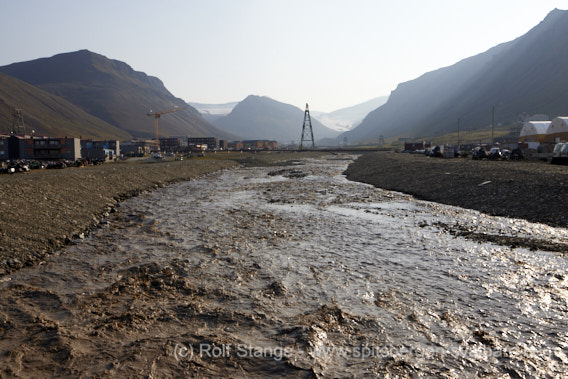 A record-breaking temperature of 21.7°C was measured on Saturday afternoon in Longyearbyen. The glaciers definitely lost a lot of ice during this weekend. Many tons of melted ice run off every minute here in the river in Longyearbyen.

A light breeze made the heat wave bearable, though. The outside areas of the restaurants were crowded, and it seems a safe guess that a record-breaking number of BBQs were operated in and near Longyearbyen on Saturday evening. 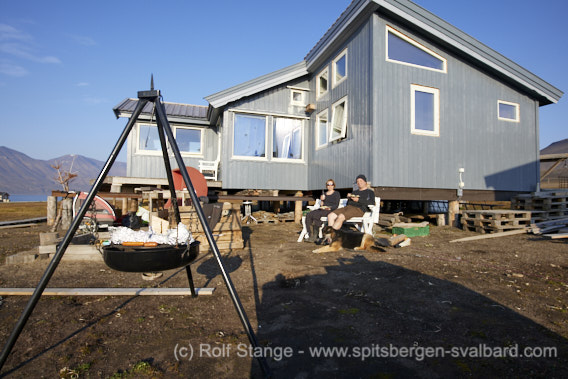 The record summer heat of 21.7°C may well haved resulted in a record-breaking number of BBQs going at the same time.