Home → * News and Stories → Isfjord is a high-arctic fjord again. For a while.

Isfjord is a high-arctic fjord again. For a while.

Less and thinner ice in the innermost branches of Isfjord such as Tempelfjord and Billefjord, and a solid ice-cover in the wide, central parts of Isfjord proper nothing but a remote dream – that has been the reality in Spitsbergen’s largest fjord in recent years, which does hardly live up to its name, “Ice fjord”, anymore. Considering oceanographical and biologial characteristics, Isfjord has not really been a high-arctic fjord anymore, but rather a sub-arctic one. 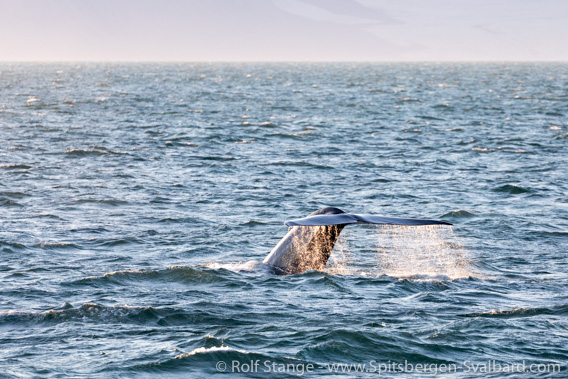 Isfjord has developed a sub-arctic oceanographical character in recent years,
something that has involved, for example, more whale sightings.
The photo shows a blue whale in Isfjord in September 2018.

This may currently be changing again – not permanently, however, but at least for a while. This is the result of oceanographical data that have recently been gathered by a team of UNIS scientists. The data are part of a long-term project to monitor the development in Isfjord. Frank Nielsen, professor for oceanography at UNIS, and his team have now published a report in Svalbardposten.

A key result is that there is currently much less mild, salt-rich Atlantic water in Isfjord than in previous years and the remaining volume of this water is largely at depths below 150 metres. In recent years, mild Atlantic water that drifts north with the Gulf Stream and reaches Spitsbergen’s west coast, where it is called the West Spitsbergen current, has had an increasingly strong influence in the fjords on the west coast. These have, as a consequence, lost much of their high-arctic character in terms of oceanography and biodiversity, rather becoming sub-arctic fjords instead. Important indicators include water temperatures, salt concentrations and species composition, especially of zooplankton. 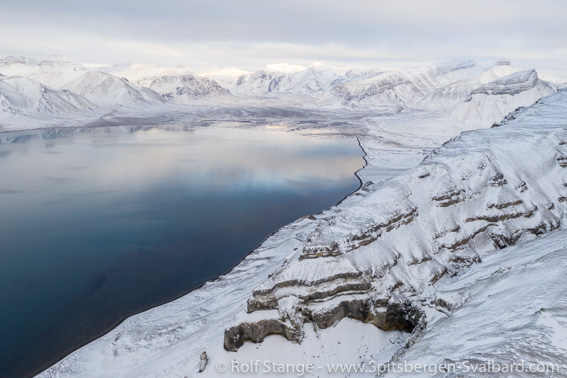 In the innermost branches, such as Petuniabukta (pictured here),
Isfjord’s high-arctic character has been retained so far.

Recent climatic changes have led to this development: part of the complex pictures are changed routes of low pressures, which now move north between Greenland and Spitsbergen, rather than moving east over the Barents Sea. The new route of the low pressures tends to push Atlantic water north and into Spitsbergen’s west coast fjords – an effect that can last over years, even though the low pressures disappear after a few days.

This year, however, regional weather patterns have been more like what they used to be in the past, with a more stable northerly influence which has, noticeably, led to few warm air incursions with melting temperatures in the winter, something that had become more common in the years before. Another result of the current air flow pattern in this sector of the Arctic is the less pronounced influence of temperate water masses in Spitsbergen’s fjords on the west coast. Other reasons for this current development may include the strong melting of local glaciers in the very warm weather of the last summer, which has led to a higher input of cold freshwater to the top layer of the fjord.

All this has now led to a change of species-composition of zooplankton back to a more high-arctic mixture. Arctic zooplankton is largely dominated by copepods. In recent years, the sub-arctic species Calanus finmarchicus has become dominant in most parts of Isfjord, but now it is mainly the high-arctic species Calanus glacialis that is dominant again. 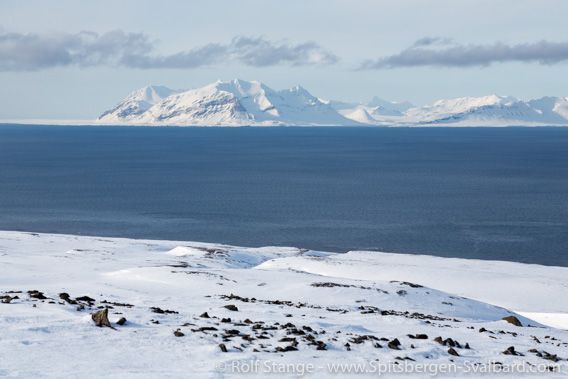 If this development is not soon terminated by strong low pressures associated with heavy storms from the “wrong” direction, then one of the results could be an ice cover that is more extensive and stronger than seen in recent years. Another result, if it lasts for a while, may be fewer whales and less cod in Isfjord next year.

But in case anyone is struck by the thought that climate change in the Arctic is called off now: this is not the case. As Nilsen puts it in his article, it is not a stable situation, but “rather a local dead-cat bounce within a warming Arctic” (original quote: Men en stabil situasjon er det ikke, det er mer som en lokal krampetrekning i et Arktis under oppvarming).