The polar night is usually not a time of big news from the north, and the current dark season follows that tradition – fortunately, as news have too often not been good ones this year. A polar bear that was seen in Adventdalen did not bother to come close to Longyearbyen, which is good. There is, so far, no avalanche risk relevant for the settlement, which is also good. In previous winters, avalanche warnings have led to evacuations of parts of Longyearbyen over weeks or even months.

But that does altogether not mean that nothing happens at all. A lot happens behind the scene to fight the economical consequences of the corona crisis, which have hit Longyearbyen hard, even though there has not been any confirmed infection in Spitsbergen so far.

A battery for Longyearbyen

This is something that probably everybody can agree on: the coal power plant, built in 1982, is a stone-age kind of power solution for Longyearbyen, an otherwise rather modern place. But it is a matter of hot debate what kind of energy supply Longyearbyen may have in the future.

But one thing appears to be certain: any energy supply that involves renewables will require some kind of energy storage system. Important steps have now been made in this direction, as Svalbardposten reports: the municipality (Lokalstyre) has decided to dedicate 40 million kroner in the budget for 2021 to a battery park next to the power plant. The state company Enova is supposed to cover the rest of the costs which are estimated at 60 million kroner in total.

The battery park is expected to also make today’s energy supply cheaper, more reliable and to reduce greenhouse gas emissions significantly when energy peaks can be buffered by the battery rather than by the coal power plant itself. 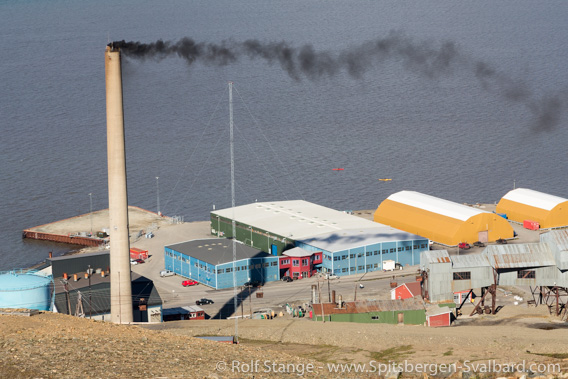 It is usually the bank that wins in the end, but not always. SpareBanken Nordnorge decided earlier this year to close their branch office in Longyearbyen, which is – was – Spitsbergen’s only bank. Not surprisingly, this decision has been met with strong critizism locally. Many bank services are available only, but many questions remain open, including important ones for which clients often prefer to meet someone in their bank in person. And another potential problem, a bit more Longyearbyen-specific, is the question of the many non-Norwegian locals who need to identify themselves for certain transactions. There is the idea that the post office may provide this service in the future.

And yet another question, also relevant for tourists, is cash. Spitsbergen’s one and only ATM has been out of service for a long time already, because of problems with the cash supply. It is not yet clear what the solution might be. Various paying methods without cash are widely used in Norway including Longyearbyen these days, but many still want some cash in the wallet and it is still legal tender, supposed to be available anywhere in the country.

Anyway, the bank closed for good on 18 December despite of local protest. The staff was offered a warm farewell by local choirs, and celebrations are said to have ended in the popular Karlsberger Puben just opposite the road.