The outcome did not come as a surprise: the case against a man who shot a polar bear on Longyearbyen camping in the early morning of 28 August, when a man died after being attacked by the bear, is now closed, no charge will be brought up. It was, evidently, a case of defence of another person. The bear had entered the campsite area in the morning of 28 August, when those few persons who were there were all sleeping, so initially nobody noticed the bear. The polar bear then attacked Johan “Job” J. Kootte from the Netherlands while he was sleeping in his tent. Another person who had been sleeping another tent had access to a weapon and fired a shot against the bear, who then moved away.

The bear was later found dead on the parking place next to the nearby airport. 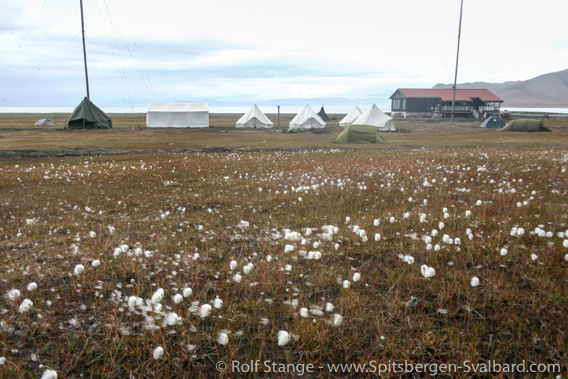 The site of the tragic events of 28 August 2020: Longyearbyen camping (archive image).

When a polar bear is killed, a case is always and automatically opened because the species is strictly protected in Svalbard. Now the Sysselmannen informed that the case is officially closed: it was a case of defence of a third person – the shot was fired in an attempt to save someone’s life – and thus legal.

Tragically, the attempt to save Kootte’s life was not successful. He died from his injuries before he reached the hospital.

Another case is still open. This concerns the question wether Longyearbyen camping, where Kootte was employed during the season, should have taken other security measures, with respect to the Norwegian labour protection law (arbeidsmiljølov).