Strict rules for cruise ships until at least end of April

The strict rules for ship-based tourism in Norway including Spitsbergen will remain in force until at least end of April, according to an official press release by the Norwegian government.

Most ship owners and tour operators had to cancel their arctic season in 2020 completely. Only a few cruises were actually carried out, for example by the Cape Race, the Origo and the Le Boreal, with strict hygiene measures. This was, in these cases, done successfully without any cases of Corona (SarsCov-2, Covid19) on board. The corona outbreak on the Hurtigruten ship Roald Amundsen, however, shows that it is difficult to achieve absolute safety.

Restrictions include a complete ban on larger ships and a reduction of the passenger capacity to 50 %, something that makes operation economically impossible for many companies. These and other restrictions (see Lovdata.no (Norwegian) for all details) remain in force during the spring, as could be expected. 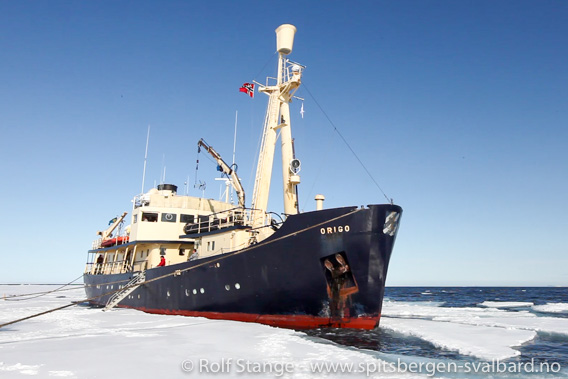 The Origo: one of a few ships that actually did some cruises in Spitsbergen in 2020.

The Norwegian government has announced to monitor the situation and to make a decision until 01 May about extending the restrictions or modifying them as appropriate.

General restrictions on international travelling as well as the new requirements for corona testing before travelling from mainland Norway to Spitsbergen remain in force.