Cruises in Spitsbergen now only with 30 persons in total

The Norwegian government has put more restriction on cruises in Spitsbergen: they are now only allowed for ships carrying 30 persons in total – that is, passengers and crew together. Day trips without overnight stays on board are not concerned by this restriction.

The government says that the difficulties a Covid-19 outbreak would bring on any larger ship would be difficult to control, hence the new restriction. 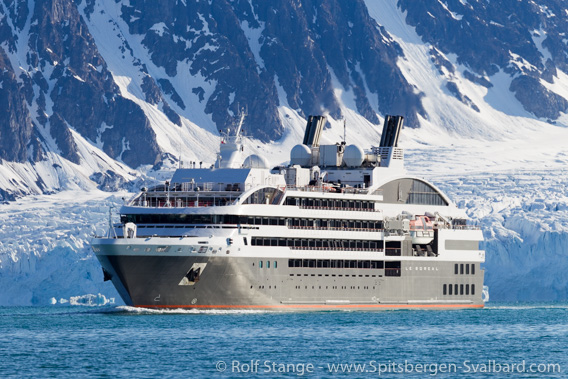 The Le Boreal (here seen in Liefdefjord in 2015) was one of only a few ships at all that have been able to do cruises this summer in Spitsbergen.

In June, the government opened the possibility to do cruises in Spitsbergen. But already then, restrictions such as a reduction of passenger numbers by 50 % kept many tour operators and ship owners from starting the season in Spitsbergen at all. After a Covid-19-outbreak on MS Roald Amundsen, also Hurtigruten stopped their expedition cruises completely. Beyond Hurtigruten and Ponant (Le Boreal), only a very few smaller ships were active with cruises over several days this year in Spitsbergen, such as Origo, who managed to do a handful of trips, and Cape Race, who just finished one successfully, only to cancel the rest of the season because of the recent introduction of quarantine for travellers from Germany. Cape Race will now try her luck in Scotland – fingers crossed!

The government has announced to re-consider this most recent restriction until 01 November. I would say: no rush. Then the season is over anyway, if it has ever happened in the ongoing Corona-year at all.