Home → * News and Stories → Starting tourism up again in July?

Starting tourism up again in July?

Spitsbergen is currently almost completely closed to tourism. Only local inhabitants and Norwegians may come at all, theoretically also Norwegian tourists, but everybody has to stay in quarantine for 14 days unless an exceptional permission is given in special cases. The airline SAS is, however keeping the air traffic up, but there is mention of 10 flight passengers per day in average, and these will hardly be tourists. The airline Norwegian is currently planning to start flying again in June.

The shutdown does obviously have serious consequences for the local economy, including rising unemployment and calls for donations for example from small companies that have polar dogs, something that has, by the way, at least partly been successful to some degree.

Nobody knows when Spitsbergen will be open again for tourists. The further development of the pandemic will be decisive, as you may have guessed, and decisions have to be made on various levels. 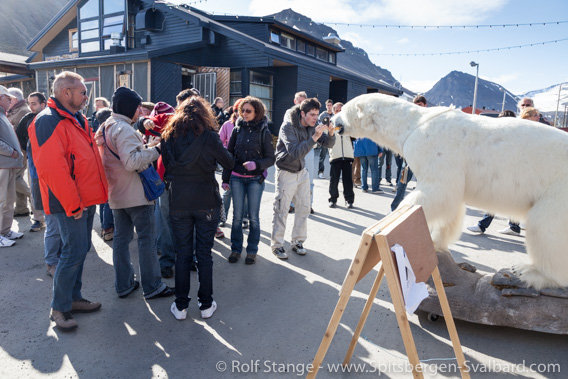 Tourists in Longyearbyen: Nobody knows when they will return.

Now Longyearbyen’s mayor (lokalstyreleder) Arild Olsen has told Svalbardposten that he wants to consider opening up for tourism again in July, “possibly limited and we have to accept that it will be only Norwegian tourists, to begin with”, as Olsen says. Limitations in an area that is still remote and does not have large-scale sophisticated medical infrastracture will hardly surprise anyone, but limitations per nationality may rise an eyebrow, considering the Spitsbergen treaty.

But there is obviously still a way to go anyway before any tourists will return to Spitsbergen or other remote destinations.